ORLANDO | Get your cheesecake ready, because the gals are back!

END_OF_DOCUMENT_TOKEN_TO_BE_REPLACED

Orlando’s Big LGBTQ Weekend still has something for everyone

‘The Golden Gals Live’ to take the stage at Parliament House

“Chip ‘n’ Kales” is “the world’s first strip-tastical, theatrical event,” according to an event’s page for the show.

END_OF_DOCUMENT_TOKEN_TO_BE_REPLACED

The 22nd Annual Orlando Fringe Festival arrives in Orlando May 15

Consummate entertainer and laugh-track to the stars Doug Ba’aser has been a fixture in Orlando for three decades. His wit is a warm wit which allows him to get by with sharp-toothed commentary for gay and straight audiences alike. If he’s not at Hamburger Mary’s pulling a trivia night, he’s at any one of your favorite gay watering holes in Orlando sputtering truths and consequences, chutes and ladders, for audiences that always walk away surprised. He has what they used to call “moxie.”

“It’s good that it came along for me, because it’s a good to have something at night when I don’t have work, and it’s turned out well for me,” Ba’aser says. “Building up the thing at Hamburger Mary’s, which I of course won this award for, has been difficult. But once it was done, the last six years have been kind of just rolling along pretty nicely. So I’ve been extremely grateful for everyone in this time.”

END_OF_DOCUMENT_TOKEN_TO_BE_REPLACED

Though there will be no more chances to relive the unlivable, to partake in the holy birth of the baby Jesus, like, for real, we did witness the immaculate conception last night, and OH MY GOD. Here are some pictures we snapped of the incredible cast (Doug Ba’aser, Blue Star, Wanzie and more), because your holidays need to be more fucked up than they already are!

END_OF_DOCUMENT_TOKEN_TO_BE_REPLACED

The Other Side of Life: Remarkable tidings

The Wonderful World of Wanzie: WAVEs of My Own

Watermark readers have a lot to say about “Raising the Bar,” our in-depth piece from our latest issue discussing the role and relevancy of gay bars now that LGBTs are arguably mainstream.

Read a sample of reader comments from WatermarkOnline.com and Watermark’s Facebook page after the jump:

END_OF_DOCUMENT_TOKEN_TO_BE_REPLACED

Ignite at House of Blues 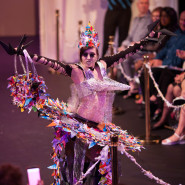 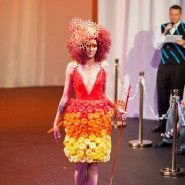 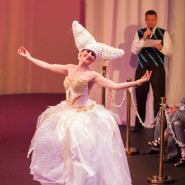 Those who attended the Orlando Museum of Art’s First Thursday event for December were in for a treat – they got a sneak preview of the upcoming Trash 2 Trends Recycled Fashion Show, where designers create looks from materials that were headed to the landfill or recycling bin.

The 2016 event will be Feb. 6 at SeaWorld’s Ports of Call. A panel of judges will choose the winners from among 30 designers, and the show is hosted by comedian Doug Ba’aser and Orlando Sentinel columnist Scott Maxwell. 2016 is the third annual Trash 2 Trends and the event benefits Keep Orlando Beautiful.

END_OF_DOCUMENT_TOKEN_TO_BE_REPLACED

The Daily City’s Pop Up Shop

A week of gaiety (pun intended)
There was a week-long celebration July 20-25 that kicked off with The Footlight Players Anniversary Reunion Show featuring more than thirty alumni. Midweek there was an employee turnabout benefiting Joy MCC Food Drive and then on July 24, Parliament House hosted a 40-themed nostalgia night with $40 rooms, 40 cent shots and 40 prizes for guests. No cover, but they did collect a 40 cent donation at the door benefiting Hope and Help of Central Florida, Inc.

END_OF_DOCUMENT_TOKEN_TO_BE_REPLACED 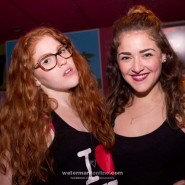 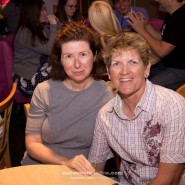 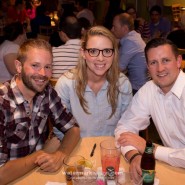 Watermark pulled together their wisest and brightest to take on all challengers at Hamburger Mary’s Team Trivia June 3.

Doug Ba’aser, or should I say Sister Doug, hosted the trivia match up that threw out questions from pop culture to current events to gay history.

END_OF_DOCUMENT_TOKEN_TO_BE_REPLACED

I have a confession to make, I have never seen Agnes of God, the 1985 Oscar nominated film, for which Michael Wanzie’s “Dragness of God and the Naked Holy Angel” is parodied.

However, if the movie – starring Jane Fonda, Meg Tilly and Anne Bancroft- is anything close to the play, then I am running right out and buying that damn film!

END_OF_DOCUMENT_TOKEN_TO_BE_REPLACED

Fringe Out Loud: Jeff Jones and Miss Sammy celebrate the rebirth of Movies Out Loud with a look at some of Fringe’s gay-themed shows

Orlando – Jeff Jones and Miss Sammy are two of Central Florida’s funniest and most beloved people who like to talk about other people (especially when other people are listening). So who better to take the stage first when Watermark Media and the Orlando International Fringe Festival join forces to launch the second coming of Movies Out Loud later this year?

What is Movies Out Loud?

END_OF_DOCUMENT_TOKEN_TO_BE_REPLACED

The 22nd Annual Orlando Fringe Festival arrives in Orlando May 15

Is Ginger Minj MIA for RDR?
Something suspicious is happening on Facebook these days, and it could mean big news for fans of Orlando drag performer Ginger Minj. Website Dragaholic.com recently posted speculation on contestants for Season 7 of RuPaul’s Drag Race. The website sites sudden social media disappearances of drag performers around the nation as reason to believe they are filming the popular LOGO series in California. Ginger Minj is among the social media absentees! Ginger posted last month that she was to be quarantined for MRSA and in doing so she will have limited access to the internet. This sent the rumor mill sashaying, since Ginger was recently campaigning to be one of the fabulous ladies for Season 7. As an accomplished performer, Ginger/Josh has performed in theatrical productions and appeared in television across the nation as well as been nationally recognized in various female impersonator pageants. Watermark couldn’t get in touch with Ginger, but her husband, William, confirmed the MRSA quarantine.

No Queens for King’s!
The HRC Disco Bowl IV split from calling King’s Bowling it’s home. The I-Drive bowling ally was an unwelcoming place, according to the HRC, when an employee of the establishment told organizers exactly that. Management has since apologized for the employee’s comments and tried to rectify the situation, but by then, the Disco Bowl had already been rescheduled at Colonial Lanes. It’s unclear if the change of venue will remain in 2015.

END_OF_DOCUMENT_TOKEN_TO_BE_REPLACED 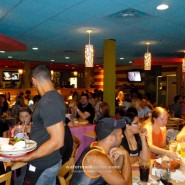 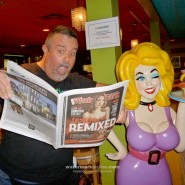 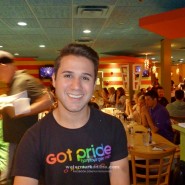 It was a packed house at Hamburger Mary’s for their weekly Wednesday Team Trivia night… with an extra dose of gay for Gay Days.

As servers in Pride shirts dashed around with food and drinks, trivia host Doug Ba’aser offered up an extra “Gay Gay Gay” round for his guests.