ORLANDO | The LGBT+ Center of Orlando (The Center) will honor local LGBTQ leaders and businesses during the 2019 Harvey Milk Diversity Breakfast at Dubsdread in Orlando May 22.

The seventh annual event—named for the first openly gay elected official in California and LGBTQ icon Harvey Milk—will be hosted by the Orlando Sentinel’s Scott Maxwell, and will take place on what would have been the slain civil rights leader’s 89th birthday. The day is designated as “Harvey Milk Day” in the U.S.

END_OF_DOCUMENT_TOKEN_TO_BE_REPLACED

It’s always good to have friends in high places, and based on Orlando Magazine’s 2018 list, the LGBTQ community not only has some good friends, they also have some pretty powerful ones too.

Orlando Magazine’s “50 Most Powerful of 2018” issue was released recently and it was no surprise one of the community’s best buds, Orlando Mayor Buddy Dyer topped the list in Government and Politics.

END_OF_DOCUMENT_TOKEN_TO_BE_REPLACED

By : Michael K. Lavers OF THE WASHINGTON BLADE, COURTESY OF THE NATIONAL LGBT MEDIA ASSOCIATION
Comments: 0 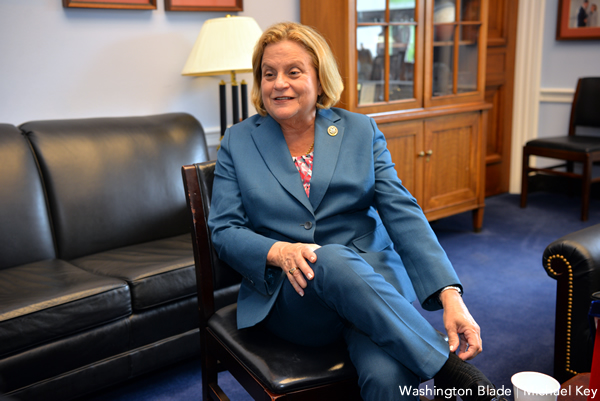 Retiring U.S. Rep. Ileana Ros-Lehtinen (R-Fla.) last week reiterated her criticism of President Trump over a host of issues that includes his effort to ban transgender people from the military.

END_OF_DOCUMENT_TOKEN_TO_BE_REPLACED

Students walk out of class to protest gun violence

Sen. Murray comes out against Trump’s anti-LGBT pick for NASA

By : Chris Johnson of the Washington Blade, courtesy of the National LGBT Media Association
Comments: 0 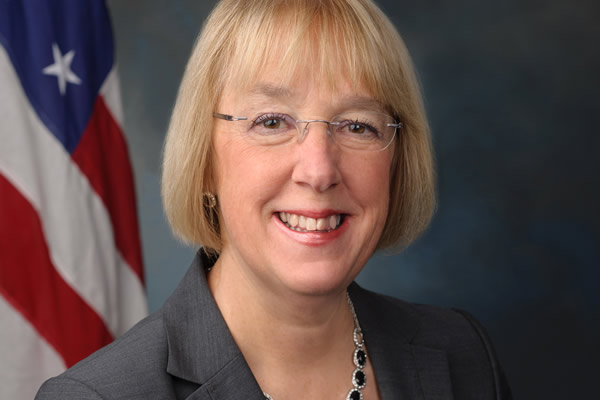 The top Democrat on the Senate Health, Education, Labor & Pensions Committee has come out against President Trump’s pick to head NASA over the nominee’s anti-LGBT views, becoming the first U.S. senator to oppose the selection.

END_OF_DOCUMENT_TOKEN_TO_BE_REPLACED

First, to elect the next mayor. Second, to send two candidates to a run-off election in November, should no one receive 50 percent plus one of the vote. Or third, to stay home and let every other eligible voter decide on their behalf.

END_OF_DOCUMENT_TOKEN_TO_BE_REPLACED

In his first-ever interview with the LGBT press, Charlie Crist explains why he switched parties, supports same-sex marriage, and wants to be governor again.

Orlando –  A union hall was an unlikely venue for Charlie Crist’s first interview with the LGBT press. But the former Republican governor, now Democratic candidate for the same office, has a busy schedule these days. After meeting with the International Union of Painters and Allied Trades on Saturday, Dec. 14, he made himself available for an exclusive conversation.

To the union members, Crist described his ambitious agenda if elected: creating jobs, boosting education, protecting the environment, expanding health care and voting rights, and even resurrecting high speed rail. And he acknowledged the tough race ahead against Republican incumbent multi-millionaire Rick Scott.

END_OF_DOCUMENT_TOKEN_TO_BE_REPLACED

Free Kate: maybe?
It wasn’t the story with the biggest impact. It didn’t really advance or repress LGBT rights and many readers argued that it shouldn’t be new at all. But that doesn’t change the fact that Katlyn Hunt’s arrest, visits to jail and eventual plea deal captivated the nation and sparked debate about statutory law. Hunt was in trouble for having sex with a 14-year-old schoolmate when she was 18. The younger girl’s parents turned Hunt in, and Hunt’s father alleged that their motivations were anti-gay. An initial plea deal was withdrawn when it turned out Hunt and the girl continued to contact each other after Hunt’s arrest. In the end, Hunt pleaded no contest to battery, interference with child custody and contributing to the dependency of a child. Her attorney stated that Hunt’s goal is to change the law so that teens attending the same school can’t be prosecuted for having sexual relationships, regardless of sexual orientation.

Statewide domestic partner registry fails
The Family First Bill survived about five months before it died in committee. The bill was filed in January by Sen. Eleanor Sobel (D-Hollywood), and cleared the Florida Senate Committee on Children, Families and Elder Affairs by a 5 to 4 vote on April 1.  Before it died in the Judiciary Committee in May, it survived a rewrite, a key supporting Senator unable to vote because she was taken to the hospital (she’s ok), and a long, strange speech by notorious anti-gay pundit John Stemberger, who warned the bill would set a precedent for marriage equality and claimed that marriage rates fall in areas with domestic partner registries, but was unable to summon any proof when pressed on his claim. Maybe the idea will have better luck in 2014.

END_OF_DOCUMENT_TOKEN_TO_BE_REPLACED

Out-of-state marriages will be recognized Jan. 6 in Florida

Washington – A Florida senator has signed on as a co-sponsor of the Employment Non-Discrimination Act (ENDA) 2013.

END_OF_DOCUMENT_TOKEN_TO_BE_REPLACED

Sarasota stayed mostly red on election night, and it elected two Republicans to its county commission.